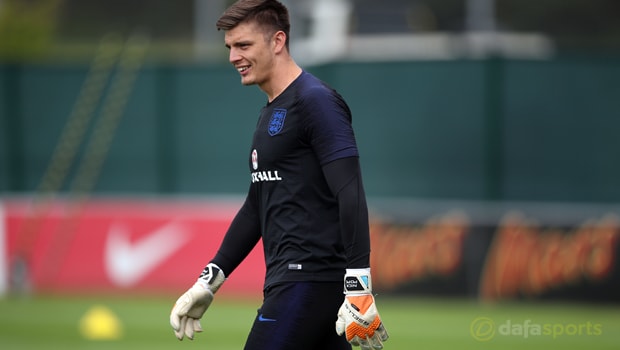 Goalkeeper Nick Pope is determined to try and push to become the first choice for England in the future, as he prepares for World Cup duty in Russia.

The 26-year-old has been named in the 23-man Three Lions squad for the summer action, with Jordan Pickford and Jack Butland the other two keepers given the nod by head coach Gareth Southgate.

It appears Everton ace Pickford is the current number one for Southgate, but Pope is keen to make the most of whatever opportunity comes his way, having enjoyed a superb campaign with the Clarets after stepping in for the injury-stricken Tom Heaton.

He told the Burnley Express: “I’ll have to see what I can do over the next few weeks, few months or years to see if I can put myself in to a position to be number one.

“It’s one small step at a time – I’m happy to be in the squad now, but I obviously want to push on as well.”

Pope helped Burnley finish in a superb seventh place in the top-flight, meaning that they will play in the Europa League next term, while his form earned him a first England call in March, although he has yet to make his international debut.

He and his England colleagues face Tunisia, Panama and Belgium in Group G at the World Cup finals, with the Three Lions 3.20 to be eliminated from the competition at the quarter-final stage.

They can be backed at 2.15 to top Group G and are 1.08 to make the knockout stage of the tournament.

Four years ago in Brazil England finished bottom of their group as they lost 2-1 to both Italy and Uruguay, before drawing 0-0 with Costa Rica.