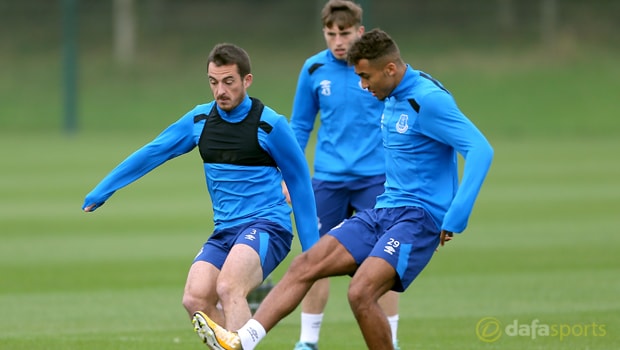 Full-back Leighton Baines has played down fears over Everton’s recent sticky patch and insists he is confident that they can turn it around after the international break.

Toffees boss Ronald Koeman splashed the cash over the summer to try and turn his squad into one capable of challenging for the top four.

Everton parted with around £140million to draft in nine fresh faces but they have struggled to settle early in the campaign.

Koeman’s side claimed all three points from their season-opener against Stoke but their form has taken a downward turn over recent weeks.

After picking up just two wins from their seven Premier League outings so far, they sit 16th and are just two points above the relegation zone.

The Merseyside outfit are next in action on Sunday and can be backed at 2.38 to get back to winning ways when they head to Brighton, who are priced at 3.25 to come out on top, while the draw is available at 3.20.

Baines believes they can use their trip to the Amex Stadium to get back on track and insists he has confidence in the squad’s ability.

“There are always times in a season when you have a sticky patch,” Baines told the club’s official website.

“We had one last year – we started well but then we could not win for a while.

“But I think the season overall was still viewed as a good season. And there is still so much football to play, there is no reason why this cannot be a good season.

“We are a good side, we have a good manager. All of the players will have been through this type of thing many times before in different periods of their careers and under different managers.

We know the only way out of it is to keep working hard and I am sure it will turn in the very near future.”