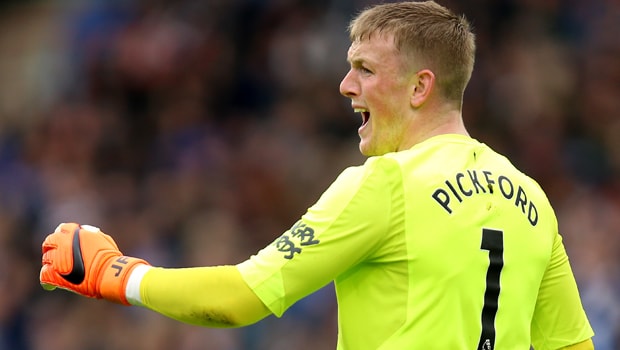 Goalkeeper Jordan Pickford is targeting a top-six finish with Everton in the Premier League this season.

The Toffees finished eighth in the top flight last term, despite spending the early part of the campaign flirting with the relegation zone, and they go into the new season with renewed optimism following the appointment of Marco Silva as manager.

Silva has added Richarlison and Lucas Digne to his squad during the summer, with the possibility of more new recruits to come in before the close of the transfer window, and Pickford is confident the Toffees can improve on last season.

“I think it is a massive club and the club is only going in the right direction,” Pickford said.

“We want to do better. We finished eighth last season and so we want to get better than seventh, get into the top six.”

Pickford, who enjoyed a successful World Cup with England during the summer, acknowledges it will be easier said than done for Everton to break into the top six, but he is still determined to give the fans something to shout about during the campaign.

He added: “The Premier League is a hard league and it is hard to get a win in any game, but we want to please the fans and make the fans happy, and the way to do that is win games.”

Everton will be looking to make a strong start when they visit newly-promoted Wolves in their opening match of the campaign on August 11.