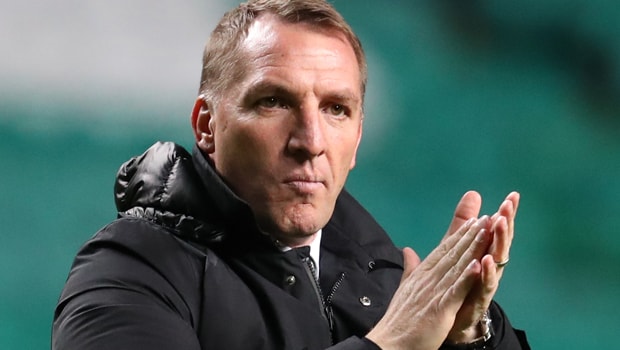 Brendan Rodgers was pleased to see Celtic book their place in the third qualifying round of this season’s Champions League after Wednesday’s goalless draw with Rosenborg.

The Bhoys went into the match at the Lerkendal Stadion holding a 3-1 advantage from the first leg and although they were under the cosh for large spells of the first half, they ultimately did enough to book their place in the next round.

Rodgers acknowledged his side were not their best but he was pleased with the resilience they showed and underlined that qualification had always been the main aim. “We have achieved the objective, which over the two games was to get through.

It was a different type of game to last week,” Rodgers said.

“Rosenborg played very well in the first half, they obviously needed to come out and take the initiative and they played well.

“We couldn’t quite build the game as well as we would have liked, but I was very pleased with the way we defended – that resilience and mentality.”

Rodgers reserved particular praise for Celtic’s young centre-back pairing of Jack Hendry and Kristoffer Ajer, who repelled the aerial bombardment from Rosenborg during the latter stages of the match.

“Jack Hendry really stood up, especially in the second half, won some great headers and was really dominant,” Rodgers added.

“Kris Ajer as well, both young.” Celtic’s reward for reaching the third qualifying round will be a tie against Greek champions AEK Athens, with the first leg set to take place at Celtic Park next Wednesday.

Before then the Hoops get their domestic season underway when they host Livingston in the Scottish Premiership on Saturday.