Posted by Olumide Akinnifesi on September 10, 2019 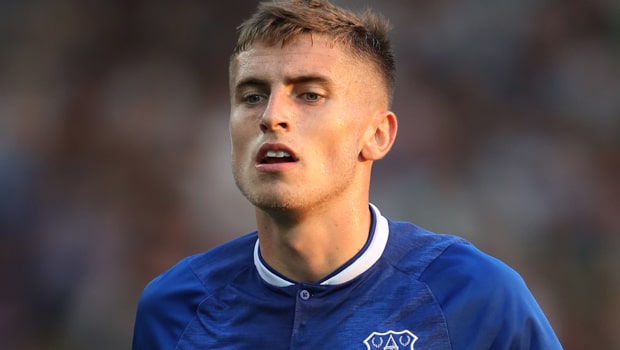 On-loan Everton defender Jonjoe Kenny has revealed that he thinks it’s too early leaving his parent club Everton for Schalke.

Kenny has come through the club ranks, having joined since 2006 and now has 40 first-team appearances to his name with Everton.

However, the England U-21 international defender has found opportunities hard to come by in the first team at Everton. This has paved the way for some concerns that he wasn’t actually good enough to succeed Seamus Coleman as right-back.

Everton, therefore, decided to loan Kenny to Bundesliga side Schalke and he has already scored his first goal for the club.

The 22-year old smashed home an excellent strike against Hertha Berlin before the international break and showed great display to show promises of things to come.

Now Kenny, has suggested that it is too early for him to start thinking about moving to Everton for good, as he doesn’t want to live in the future, instead just focusing giving his best to Schalke and seeing what happens.

“It’s still too early for that decision. I don’t want to live in the future. Whatever happens, happens. Now I’m definitely giving everything for Schalke”.

Everton will be expecting to see Kenny’s progress before making a decision. But even if he wants to leave and pursue a permanent move to Germany, just like Ademola Lookman of RB Leipzig did, the club hierarchy has a plan in place.

Everton signed Monaco’s Djibril Sidibe as a temporary replacement for Kenny with an option to buy. However, Schalke is happy to get their man in the person of Jonjoe Kenny, and he has proved a good bargain for the German side.

Schalke plays away to Paderborn in their next fixture after the international break on Sunday 15th September. They lost their last match against Viktoria Köln 4-2 and will be hoping to bounce back after last week defeat.

SC Paderborn will face Schalke 04 in their next Bundesliga match. Paderborn are backed at 3.23, while Schalke are priced at 2.16. A possible draw is available at 3.88