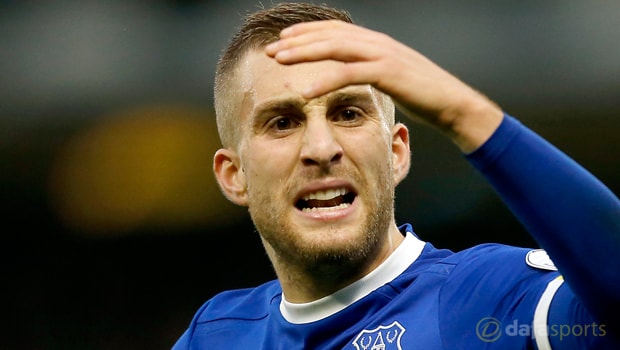 Gerard Deulofeu is not likely to make a permanent move to AC Milan this summer, according to the player’s agent.

Deulofeu, 23, spent the second half of last season on loan with Milan from Everton, scoring four goals in 17 Serie A appearances as he did.

The Serie A side are said to be keeping tabs on his situation but Gines Carvajal has stated it will be ‘extremely difficult’ to broker a deal that would see Deulofeu back at the San Siro on a full-time basis next season.

Barcelona currently have the right to exercise an option to buy the former Spanish under-21 international back from Everton, while the Toffees have yet to make clear their stance on the promising attacker.

“The decision is not mine – it’s up to Everton and Barcelona to determine the player’s future,” Carvajal told TuttoMercatoWeb.

“I really don’t know, we’ve just got to wait.” Asked if a permanent return to AC Milan was unlikely to happen Carvajal added: “I would say so, yes.

It’s an extremely difficult option.” The Rossoneri have already spent almost €100 million in the transfer market this summer.

Vincenzo Montella has secured Mateo Musacchio, Franck Kessie, Ricardo Rodriguez and Andre Silva and while there are still funds are still available Deulofeu is not considered a priority by the Italian giants.

Deulofeu first joined Everton on a season-long loan in 2013, he has made 75 appearance for the Merseyside outfit, scoring eight goals along the way but he does not appear to be part of Ronald Koeman’s plans.

AC Milan are 12.00 to win the Serie A title next season, while defending champions Juventus are 1.53.