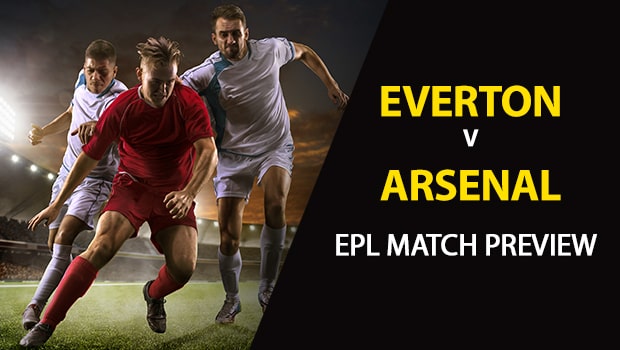 Sunday’s slate features Everton and Arsenal going head-to-head at Goodison Park. AccuScore sims and offshore picks have some different things to say about this matchup.

Draw: There’s a 27 percent chance the match ends in a draw. There’s a draw in 30 percent of AccuScore sims, suggesting some added side value on the draw.

Alexandre Lacazette has a 32 percent chance to score for Arsenal. He averages 1.87 shots overall per sim, 0.81 shots on goal per and 0.38 goals per sim.

Gylfi Sigurdsson has a 32 percent chance to score for Everton. he averages 2.2 shots overall per sim, 0.8 shots on goal per and 0.39 goals per sim.

It’s a bold pick, but AccuScore sims have a different ‘favorite’ in this match than do offshore picks. There’s a 31.3 percent chance Everton win this match. They win about 37 percent of AccuScore sims by an average margin of victory of +0.7 goals. The safest pick would be Everton +0.5; even in a draw, then, you win.