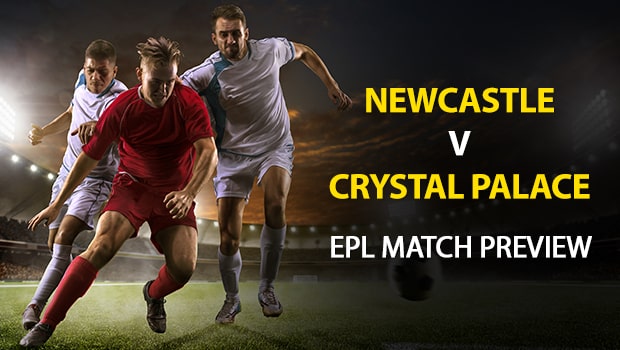 We’ve got a fun one to wrap up Saturday’s matches with in the Newcastle United-Crystal Palace matchup at St. James’ Park.

Draw: There’s a 30.7 percent chance the match ends in a draw. There’s a draw in under 27 percent of AccuScore sims, suggesting no added side value on the draw.

Similar Production: They’re right next to each other in the standings, and the numbers show why they’re so equally matched. Palace does have 38 goals to Newcastle’s 31, but they both have the same number of assists with 25. Palace has nine more shots on target than do Newcastle, but Newcastle’s shooting accuracy is slightly better than Palace’s.

Head to Head: These two sides last met in Premier League action back on September 22, 2018 when they finished in a goalless draw. They also finished in a draw (1-1) in the matchup prior to that back in Feb. 2018.

Michy Batshuayi has a 34 percent chance to score for Crystal palace. He averages 1.85 shots overall per sim, 0.8 shots on goal per and 0.41 goals per sim.

Miguel Almirón has a 38 percent chance to score for Newcastle. he averages 3.53 shots overall per sim, 1.57 shots on goal per and 0.49 goals per sim.

There’s a 39 percent chance Newcastle win this matchup. They win over 47 percent of AccuScore sims, suggesting some added side value on the pick. Newcastle winning is a four-star (out of four) AccuScore hot trend pick.