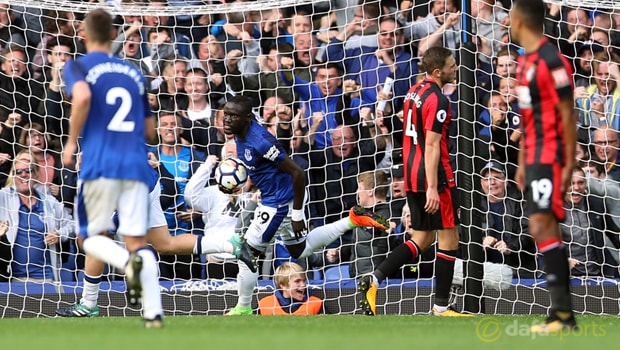 Everton striker Oumar Niasse insists he does not hold a grudge against manager Ronald Koeman as he looks to continue to impress.

The Senegal international had been frozen out by Koeman ever since he joined the club from Southampton.

A poor performance in a friendly cost Niasse dear and Koeman refused to give the £13.5million striker a chance in his starting XI.

He was refused a locker, team suit and squad number and has spent the last few months playing for the Under-23s.

After a successful loan spell at Hull last season he rejoined the club and Koeman finally gave him a chance in the win over Bournemouth.

He stepped off the bench to score both goals in the 2-1 win and Niasse is now hoping to kick on.

He told Sky Sports: “It was a difficult time for me but I wouldn’t say anything against anyone here or against the team.

“He [Koeman] just said this was a new opportunity for me. I didn’t want to go over the past with him. There is nothing to say about that.

I tried just to keep my head on me, to not lose it, and the best way to do that is to just keep working hard.”

Niasse will be looking to extend his scoring run when Everton take on Apollon Limassol on Thursday night.

The Toffees are the favourites for the Europa League tie and you can back them to win to nil at 1.85.