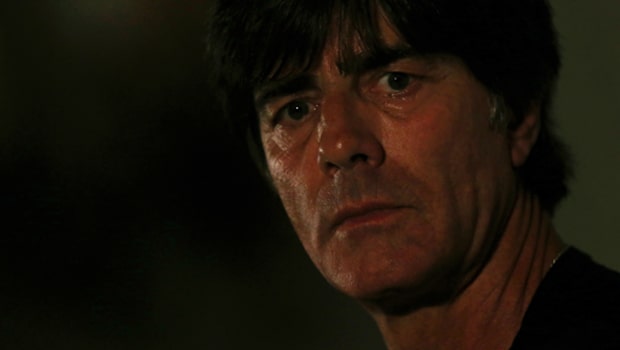 Germany have already been relegated from the top tier of the Nations League ahead of the visit of the Netherlands on Monday, but manager Joachim Low has urged his side to claim a win regardless.

The Dutch downed world champions France 2-0 on Friday, which ensured Germany will finish bottom of Group A1, and will progress to the Nations League finals if they avoid defeat at the Veltins Arena.

Low says Germany will now focus on Euro 2020 and he has urged his squad to make a statement against the Netherlands despite the fact they have already been relegated.

“The Netherlands deserved their win against the World Champions,” he told the official DfB website.

“For us, the feeling is obviously quite bitter since we now no longer have chance to stay in League A. We have to accept that.

“Our focus, however, is now like it was before – solely on qualifying for the European Championship, where we want to send a strong team out.

With this in mind we will have lots of room to allow young players to come in and for them to get more and more experience with the national team.

“In this year, which overall has been very disappointing for us, we want to put on a good show for the fans on Monday in Gelsenkirchen.”

Germany are 1.85 to secure a consolation victory over the Oranje and, despite their poor form, are only 6.50 to win Euro 2020 outright.