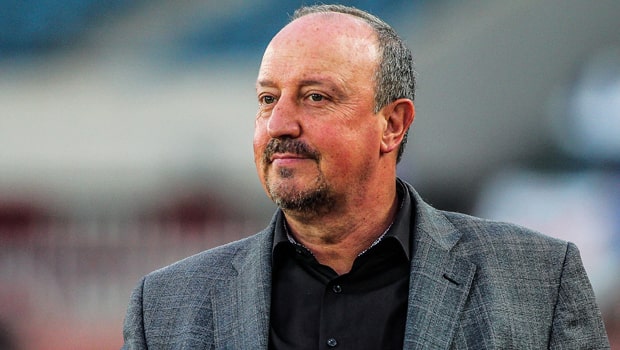 Everton moved into the top ten of the Premier League on Monday evening when they made a rally in the second half to come from behind to beat visiting Burnley.

The game was Rafael Benitez’s first at the Goodison Park as Everton manager after joining them in the summer.

However, the Toffees were without English forward Dominic Calvert Lewin, whose absence told on the game of Brazilian forward Richarlison.

The 2020 Tokyo Olympics gold medallist with the Brazilian Olympic football team in the summer failed to trouble the clarets in the first half.

The second half started with Sean Dyches’ men taking the lead through Ben Mee just 8 minutes after the restart.

However, Michael Keane scored seven minutes later as he sparked a six minutes goal blitz from the home side.

Andros Townsend scored a spectacular long range effort in tbe 66th minute before Demarai Gray made sure the result with a well taken effort a minute later.

Abdoulaye Doucoure also scored a minute after for Everton but his goal was ruled out for offside by the referee as Everton moved into the top four with 10 points.

Manager Rafael Benitez reckoned the game as a physical game but was pleased with the atmosphere of the fans too.

“It was a good game, very physical. It was not easy but overall we were ok. When we scored our goal, we had more confidence, played 4-3-3, created more chances and could have scored more goals. Really pleased with the connection between the team and the fans. We are looking to build a fortress here.” Benitez said.

The manager also revealed that England forward Dominic Calvert-Lewin was unavailable after breaking his toe.

Meanwhile, Burnley remained in the relegation zone with a single point from their first four games of the season.