Aitor Karanka: We can reach the Premier League 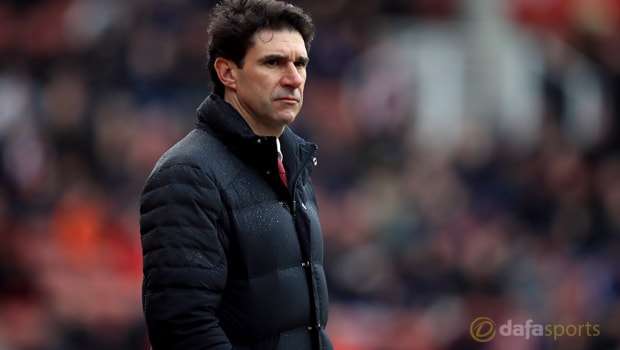 New Nottingham Forest boss Aitor Karanka is confident he can help the club reach the Premier League after taking charge earlier this week.

Forest turned to Karanka after sacking former coach Mark Warburton and the Spaniard will come up against Aston Villa in his first game in charge.

Karanka was out of work for 10 months since parting company with Middlesbrough but he was impressed by the ambition shown by the board at Forest.

Forest are currently 14th in the Championship table and they are 11 points away from the play-offs but they were boosted by their FA Cup third-round win over Arsenal last weekend.

Karanka is now hoping his side can build on that result and he is feeling optimistic about the future.

He told Sky Sports: “After 10 months to come back is nice, and especially when you come back to a big club like Forest.

“I had a few [offers] in England and abroad but, if I had one thing clear when I left Middlesbrough, it is that I had to be really sure in the following step.

“I did not want to be in a rush to take another job and, when I met the people of Forest, I did not have any doubt that I wanted to come here.

“Everybody wants to be in the Premier League,. But I don’t have any doubt that, working in the way we are going to work, we will be successful.

“I think if I keep working the same way and we work together, I think the Premier League will arrive for sure.”