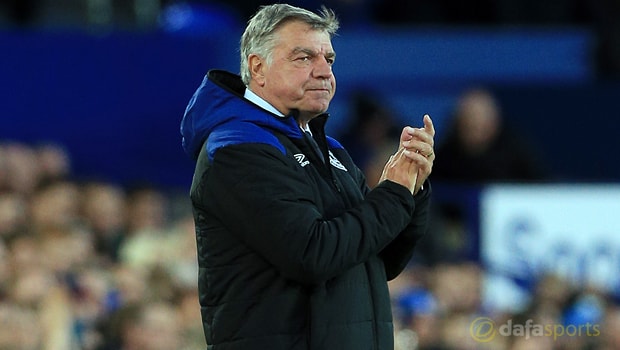 Everton boss Sam Allardyce insists he will be staying at Goodison Park next season and has already started making plans with owner Farhad Moshiri.

The former England boss had been out of work after being sacked by the FA but he came to Everton’s rescue after their disastrous start to 2017-18 under Ronald Koeman.

Instead of planning for the 2018 World Cup with the Three Lions, Allardyce is now looking ahead to the 2018-19 campaign with the Toffees.

He took charge in November, with the club near the relegation zone, and has helped them pick up enough points to climb up to eighth in the table.

They are unbeaten in three games, with three more to come this season, but some fans are unhappy with his style of football.

Despite rumours of uncertainty, Allardyce insists he is already thinking about the summer transfer market.

He told reporters: “We discussed plans for next season yesterday (Thursday) with Farhad. I think we have some clarity moving forward now.

“I think our pre-season, in terms of when we start back and where we go, is nearly in place.

“(Regarding) ins and outs of players, it is a wait-and-see basis in terms of what we can try and achieve and then, under those circumstances, what players do we move on.”

After the clash with Huddersfield, Everton take on Southampton, who are 1.40 to the relegated to the Championship, and then West Ham United.