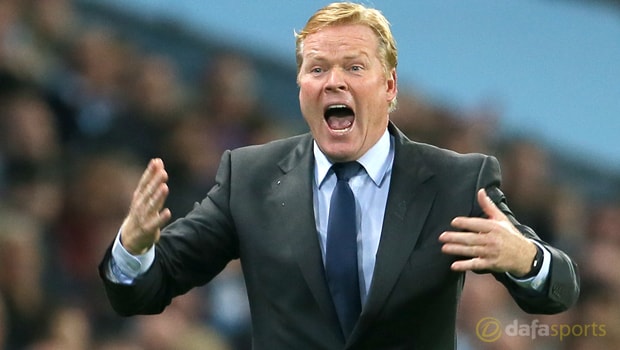 The Toffees, 11.00 to finish in the top four, suffered their first defeat of the Premier League campaign on Sunday when they were beaten 2-0 by Chelsea.

Goals from Cesc Fabregas and Alvaro Morata handed the Blues all three points and Koeman was quick to confirm his transfer plans.

Everton have already signed seven players this summer, but Koeman is eager to spend more money after losing Romelu Lukaku to Manchester United.

After qualifying for the Europa League, the former Southampton boss insists he needs reinforcements.

He told reporters: “We need at least two more players to get numbers up, but the most important is to have a striker and one more player because that’s what we need.

“If you look to all the squads of the big teams, they have so many options and if we get everybody back like Seamus Coleman, Morgan Schneiderlin, Yannick Bolasie, Davy Klassen, Ross Barkley and the rest, then you’re talking about six or seven first-team players.

“I’m always confident because we did some good business, but everybody knows and the board knows the importance of those two signings.”

Everton have been linked with striker Diego Costa, however Koeman has refused to identify his targets. He added: “I don’t know [about Costa].

We are looking at players who are available and if we sign somebody, it is somebody who makes the team better.

“I don’t speak about names, about players. It is the media who is talking about Costa or other players, but we are looking and we do our job and, hopefully, we will arrange it [a striker to arrive] for next week.”