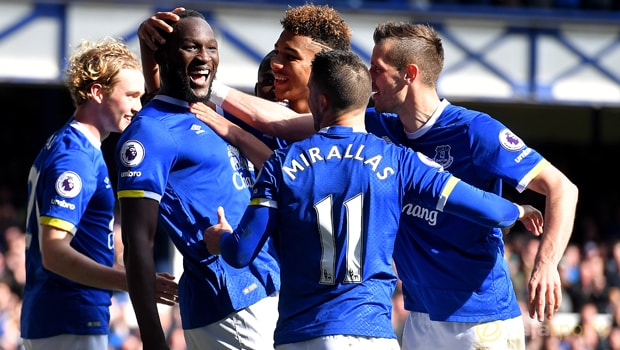 Everton boss Ronald Koeman has told striker Romelu Lukaku he can fulfil his ambitions at Goodison Park amid mounting speculation the Belgium international is destined for a summer exit.

Lukaku has made no secret of his desire to play Champions League football and various reports indicate Everton will be open to offers this summer when he enters the final two years of his deal.

Manchester United and former club Chelsea are among those who have been linked with the Everton forward but Koeman feels Lukaku would be better off sticking with the Merseyside outfit and helping them qualify for Europe’s top tournament instead.

“Everton now have the resources to keep every player, including Lukaku, who has a contract for another two years,” the Dutchman told the Liverpool Echo.

“I am talking to the owners every week. We want to make the next step with this club towards a higher level.

A lot is possible here and we want to bring in the best players we can get, players who will help us to play for a place in the Champions League. “For next season we need a bigger squad anyway as we will be in Europe again.

But keeping our best players is a prime target for me. We are doing everything we can to hold on to top players. “I have been there as a player, too.

I know what it is like when a player has big ambitions. But if we really want, we can make the players stick to their contracts.

That decision will eventually be made by the board.” Everton are currently sixth in the table and a top-four spot, which comes with Champions League football, looks unlikely but not impossible – with Koeman’s men 251.00 to secure a top-four finish.

The Goodison Park club are next in action on Sunday when they host title-chasing Chelsea. Everton can be backed at 3.50 to win while Lukaku is 5.25 to score first against the club said to be leading the race for his signature.