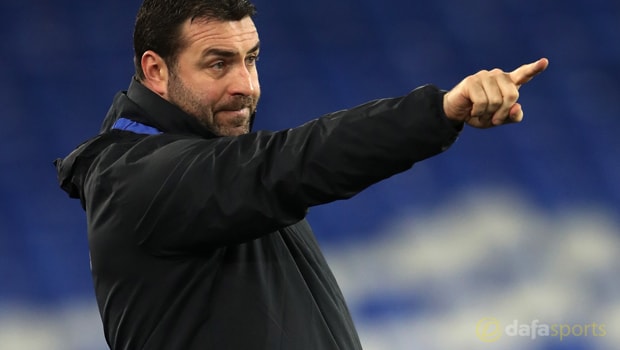 Under-23 manager David Unsworth has been placed in temporary charge of Everton and reports claim chairman Bill Kenwright is considering the possibility of offering him the job permanently.

Dutch tactician Ronald Koeman was sacked on Monday, after 16 months in the job, following the 5-2 thumping at the hands of Arsenal at Goodison Park on Sunday.

This is Everton’s worst points tally (8) after nine games of a Premier League season since the 2005-06 campaign, when they had four points but finished the campaign in 11th place.

Unsworth, who was placed in temporary charge in 2016 after the sacking of Roberto Martinez, will take charge of team affairs for Wednesday’s League Cup fourth-round clash at Chelsea.

The Blues, who won 4-2 against Watford in the league last time out, are firm 1.44 favourites to win. The draw is priced at 4.50 while the visitors are 7.00 outsiders.

It is being suggested that Kenwright and a number of Everton’s players are keen on Unsworth, who had two spells with the Merseysiders in his playing days, being handed the job on a full-time basis.

Burnley manager Sean Dyche has been installed as the favourite to replace Koeman on a permanent basis while former Borussia Dortmund boss Thomas Tuchel, who has also been linked with the Leicester City post, is also said to be in the frame.

Ex-Bayern Munich chief Carlo Ancelotti is another being linked with the vacant Goodison post while Watford’s Marco Silva, who only took charge at Vicarage Road in the summer, is also thought to be on the list of potential candidates.