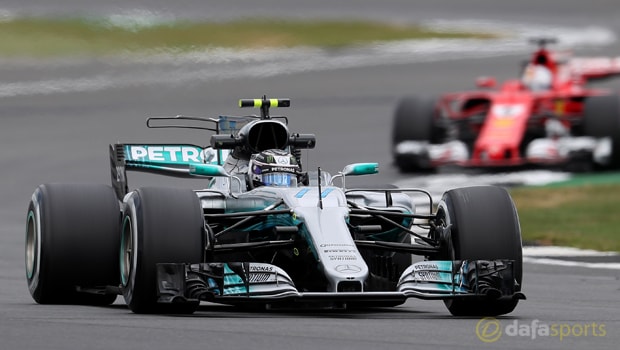 Mercedes ace Valtteri Bottas says he is still learning lessons with every race but feels progress is being made which will only help him in the long run.

Bottas made the switch from Williams to Mercedes at the start of the year, replacing the retired Nico Rosberg, and the new arrival has enjoyed a decent debut season.

The Finn has picked up victories in Russia and Austria while he has finished on the podium a further eight times, helping him sit third in the World Championship.

A runners-up finish is still possible for the 28-year-old as he is only 21 points behind Ferrari’s Sebastian Vettel in second, with races in Mexico, Brazil and Abu Dhabi to come.

Silver Arrows team-mate Lewis Hamilton is on the verge of winning a fourth world title after his triumph in the USA last time out, his fifth win from the previous six grands prix.

Bottas’ form has slipped slightly in recent weeks, failing to get on to the podium in the last three races, and he feels there is still room for improvement.

“I feel that there’s definitely progress,” he said. “From every struggle I’ve had I will always learn something.”

Next up is the Mexican Grand Prix at the Autodromo Hermanos Rodriguez on Sunday and Bottas, whose best finish at the track was third in 2016, is 13.00 to triumph while Hamilton is the firm 1.80 favourite.

Vettel, who still has an outside chance of winning the title, is priced at 3.25 while the second Ferrari of Kimi Raikkonen is a 21.00 shot to record a first win of the campaign.