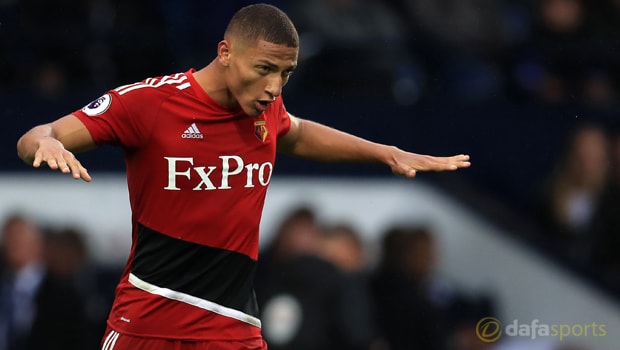 Summer signing Richarlison says he had no hesitation when agreeing to join Watford and now hopes to “make history” at the club.

The former Brazil Under-20 international has been in sensational form since making the switch to Vicarage Road, scoring three goals and registering four assists from nine Premier League appearances.

The 20-year-old, who cost £11.2million from Fluminense, has helped the Hornets climb to sixth in the table and they could, and arguably should, have beaten Chelsea at Stamford Bridge last time out.

Marco Silva’s men were 2-1 up in the second half but the lead could have been extended further if Richarlison had not missed two sitters from under six yards out.

In the end, the Blues produced a stirring comeback to win 4-2, with Belgium international Michy Batshuayi climbing off the bench to score a brace and claim the man-of-the-match award.

Despite the loss, it has been a good start to the season for Watford and Richarlison who is said to be attracting interest from several teams.

“It is already a dream to be in England, in a club of Watford’s stature,” Richarlison told Goal.

“It is a dream from my childhood, I always wanted to play in the Premier League which is one of the best leagues in the world.

“God has made everything perfect for me. I did not think twice when the offer from England came because it was always a professional goal of mine. I want to make history in Watford and score lots of goals.”

Watford host Stoke City on Saturday and the home side are 2.10 favourites to get the three points. The draw is priced at 3.40 while the Potters are 3.60 outsiders.