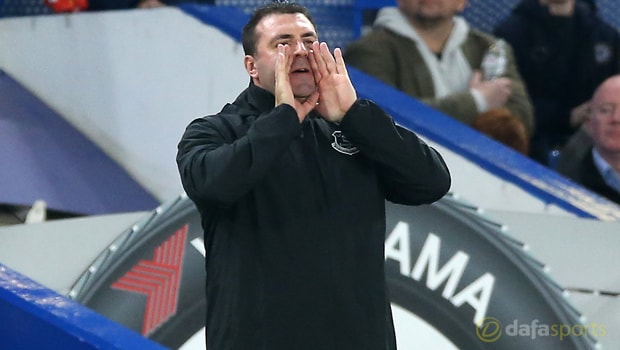 Caretaker manager David Unsworth is hoping to get Everton on to a winning streak during his spell in charge, despite falling to a defeat against Chelsea on Wednesday.

Everton parted company with Ronald Koeman on Monday after the Toffees fell into the relegation zone following a 5-2 home defeat at the hands of Arsenal.

The Merseyside outfit are still searching for a permanent replacement for the Dutchman and Unsworth has been placed in temporary charge.

The 44-year-old knows the club well, having made over 300 appearances during two stints, and he has recently been involved with the under-23 squad.

Unsworth took Everton to Stamford Bridge on Wednesday in the fourth round of the Carabao Cup and he made plenty of changes as they fell to a 2-1 defeat. Aaron Lennon and James McCarthy were welcomed back into the first team picture, while youngster Beni Baningime also impressed on his senior debut.

The caretaker boss feels there is plenty of reason to feels positive and insists he is hoping to get on a winning run as they prepare to face Leicester on Sunday.

Unsworth said: “We started with a great display tonight but we want to go and start a winning streak. But when I see and hear older pros helping the young lads out like they did, then it makes me quite excited to take us forward and work with everybody.

“Hopefully, we will be as committed as that in every game that I am in charge of. We want to get on a winning run but we can’t be where we are and expect to win every game. You have got to start with a performance.”

Everton are priced at 3.50 to get a win on their travels this weekend when they head to Leicester, who can be backed at 2.15, while the draw is available at 3.40.