Claude Puel signs up with Foxes 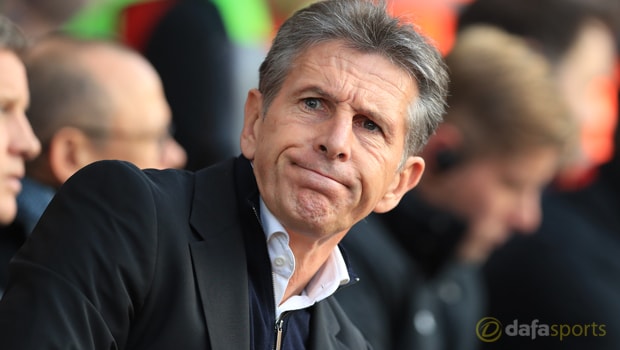 Leicester have confirmed that former Southampton boss Claude Puel has agreed to take over on a three-year deal following the sacking of Craig Shakespeare last week.

The Foxes parted company with Shakespeare after a poor start to the Premier League campaign, which sees them placed 14th with just two wins from their opening nine outings.

Leicester, who are priced at 13.00 to be relegated, sit just one point above the relegation zone as they prepare for a crucial meeting with fellow strugglers Everton at the King Power Stadium on Sunday.

Puel’s first task will be to build on the momentum gained during Michael Appleton’s two-game spell at the helm, having led the side to back-to-back victories over Swansea in the Premier League and Leeds in the Carabao Cup fourth round.

The Frenchman already has English top-flight experience after spending last season with Southampton where he led them to the League Cup final and an eighth-place finish in the league.

Puel said: “It’s a great privilege to become the new manager of Leicester City – a club whose values and ambitions are closely aligned to my own.

“The opportunity to help the Club build on its remarkable recent achievements is a truly exciting one and I’m looking forward to working with the owners, players, staff and supporters to deliver further lasting success.”

Leicester were linked with a number of different potential candidates but vice-chairman Aiyawatt Srivaddhanaprabha insists Puel stood out from the rest.

Srivaddhanaprabha said: “When we began the process of identifying a new manager, the Board quickly established the profile of candidate we needed to take the Club forward and Claude Puel was a perfect fit.”