Brendan Galloway ready to kick on 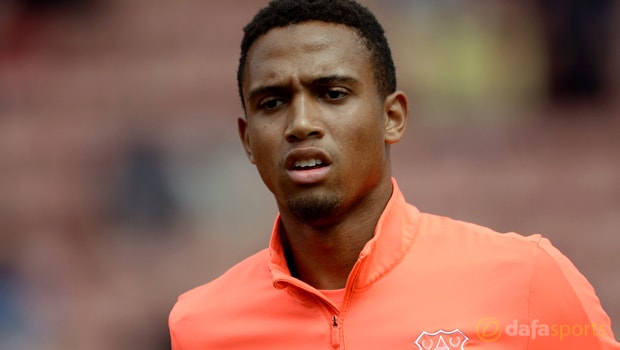 Brendan Galloway says he is looking to break into Everton’s first team after revealing his relief at returning to his parent club following a frustrating season on-loan at West Bromwich Albion.

The 21-year-old found it difficult to dislodge Allan Nyom and Chris Brunt at left-back and a return to Everton was a welcome relief for the England Under-21 international.

Attentions will be turning towards the next campaign and the defender, who was born in Zimbabwe, is hoping to make an impact on manager Ronald Koeman when pre-season starts at Finch Farm in July.

“It was a tough season and I learnt a lot,” Galloway told evertonfc.com. “I experienced something different but now I’m happy to be back.

“It was a tough year but walking back into Finch Farm and seeing all the lads has really made me happy.

Now you’ve experienced something else, you realise there is nothing like Everton.”

Galloway, who has made 21 appearances for the Toffees across all competitions, only has Leighton Baines ahead of him in the pecking order and the youngster will be aiming to dislodge his team-mate.

The latter has not had his greatest ever campaign and his advancing years may just provide more opportunities for those behind him.

Dutch tactician Koeman is expected to have a busy summer transfer window as he aims to build a squad capable of challenging for a Champions League position.

The Goodison Park-based outfit are priced at 9.00 to finish in the top four next season whilst FA Cup winners Arsenal, who missed out on a place in Europe’s top competition, are priced at 2.00.