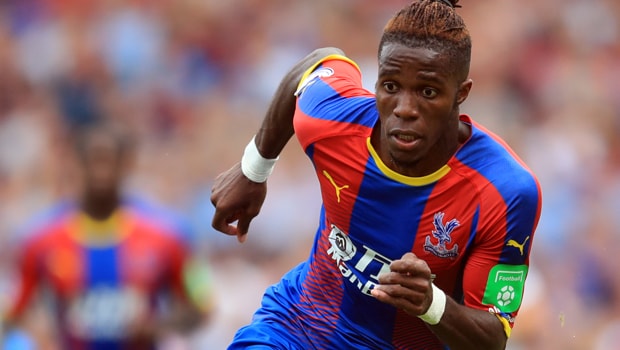 Wilfried Zaha has put an end to the speculation surrounding his long-term future at Crystal Palace by signing a new five-year contract.

The Ivory Coast international originally joined the Eagles as a 12-year-old and he has scored 44 goals in 288 appearances for the club, including his strike during Saturday’s 2-0 victory over Fulham.

The 25-year-old has played a major role in both Palace’s promotion and consolidation in the Premier League and his impressive displays have earned him the club’s Player of the Year award in each of the last three seasons.

Zaha’s displays have led to speculation linking him with a move away from the club, particularly this summer when the likes of Tottenham and Borussia Dortmund appeared to show an interest, but the winger has now put and end to that speculation by signing a new deal that runs until the summer of 2023.

“Obviously, I wanted to get it over and done with, so I can just focus on the season. I’m buzzing that we managed to get it sorted.”

Parish said: “Wilf grew up a stone’s throw from Selhurst Park from the age of four, and has been with the club since he was 12.

This is an amazing day for everyone here at Palace, our supporters and of course Wilf – and is richly deserved.”

Zaha will be hoping to celebrate his new deal with a victory in Palace’s next match against Liverpool at Selhurst Park on Monday.

Roy Hodgson’s side are priced at 6.50 to win that contest, while Liverpool are available at 1.44 and the draw is on offer at 4.75.