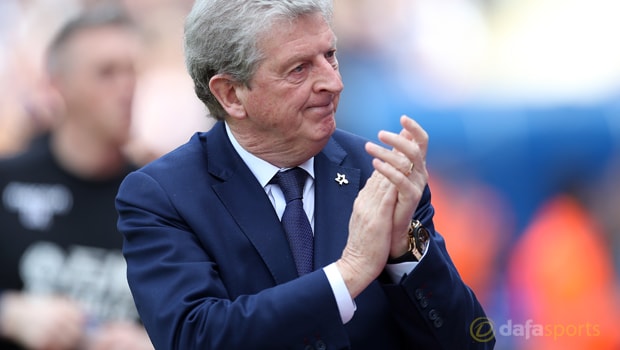 Roy Hodgson felt Crystal Palace had possibly done things ‘the hard way’ in edging out Brighton in a five-goal thriller but he was relieved to get three crucial points.

Hodgson’s side had looked like dropping into the bottom three briefly earlier on Saturday when Southampton led Chelsea 2-0 at St Mary’s but the Blues late-comeback and victory for Palace over Brighton means the gap to the 18th-placed Saints is now six points.

The home side made a superb start, scoring three goals in 34 minutes, a pair from Wilfried Zaha and one from James Tomkins.

Their lead was twice cut down to one goal with strikes from Glenn Murray and Jose Izquierdo.

“I thought our first half performance was very commanding but I was disappointed we conceded those two goals,” Hodgson said.

“In the second half Brighton put us under more pressure and we weren’t able to reproduce our level in terms of our attacking play so it meant we had to spend the last 15 minutes fighting to keep balls out of our box.

“We did it the easy way in the first half but the hard way in the second.”

Swansea, Southampton and Stoke – the teams directly behind Palace – all have games in hand but Hodgson feels his team can start looking up if they continue to play like they did in the first half against Brighton.

The manner they repelled late pressure from Chris Hughton’s team was also pleasing.

“We clung on and it was a very important victory,” Hodgson said.

“It keeps us in, with four games to go, a chance of maintaining our Premier League status.

“Stoke and Southampton have got a game in hand, if they win the games the gap will be a lot less but the teams above us will have to start looking over their shoulders soon.”