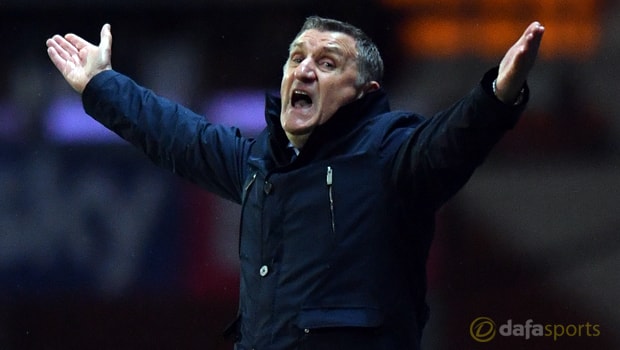 Tony Mowbray has urged his Blackburn Rovers side to quickly forget the disappointment of dropping two points at Bristol Rovers and maintain their push for promotion.

Rovers looked set to move top of League One courtesy of a second-half penalty from Charlie Mulgrew, whilst Wigan were being held by playoff-bound Rotherham.

Chris Lines’ volley five minutes into stoppage time at the Memorial Stadium halted Blackburn in their tracks. For Mowbray there was a feeling of huge disappointment, but he won’t be losing sight of where Rovers are right now.

“It’s obviously disappointing to lose a goal in the 95th minute but that’s football,” the Blackburn boss reflected.

“We have to accept it but we’re still in the box seat and still have one defeat in 31 games.

“We’ve had a tough week with the travelling we’ve done. It’s hard to go to Gillingham and then spend five hours on a coach to Bristol. We need to move on.

“The nature of their goal, we should be seeing that off every day. We thought we had three points in the bag but credit to Bristol Rovers who kept going.”

Essentially nothing has changed for Rovers in recent days. Shrewsbury were held scoreless at Bradford on Thursday, with Wigan and Rotherham also ending in stalemate on Saturday.

It means the three teams chasing two automatic promotion places are in the same position, but with one less game to play. Peterborough United come to Ewood Park on Thursday and Mowbray says it is important to be looking ahead.

“It’s disappointing but we have a resilient group who have worked extremely hard,” he added.

“I thought we were fantastic and kept digging in. I feel for them not getting the three points.

“But I maintain we are still in the box seat. We deserved more but when you are aiming for promotion you are going to have ups and downs and have disappointments along the way.”