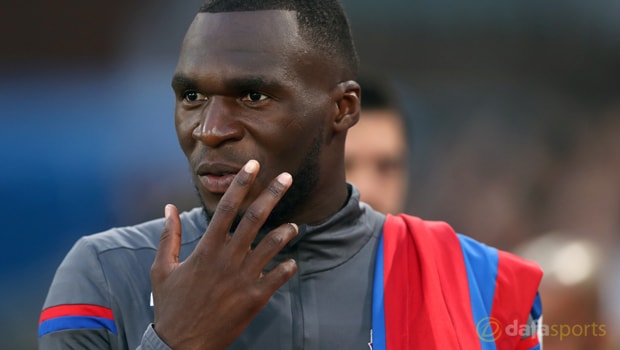 Crystal Palace boss Roy Hodgson is confident Christian Benteke will be fit enough to feature during his side’s Premier League clash with Everton on Saturday.

The Belgium international has missed the Eagles’ last six games with a knee injury, but he has undergone a full week of training and Hodgson is confident he will be able to feature against the Toffees, although he is also urging caution following the forward’s extended period on the sidelines.

“Christian Benteke has trained all week which is very positive,” Hodgson said.

“We hope Christian can play a big part for us now going forward but it must be remembered he hasn’t played for seven weeks, but it’s good because he is physically fit to play and I certainly don’t see it as a risk playing him.”

Benteke was Palace’s top scorer last season, netting 15 goals in the Premier League, and Hodgson will be hoping the former Liverpool man can hit the ground running upon his return to action, as the Eagles have only netted four top-flight goals so far this term.

The news is not so positive regarding the fitness of midfielder Ruben Loftus-Cheek, with Hodgson confirming the Chelsea loanee will be assessed ahead of Saturday’s match after he sustained a back injury while on international duty with England.

“We are assessing Ruben Loftus-Cheek, who has a back spasm, but he hasn’t trained today and we probably won’t know until tomorrow or even on Saturday,” Hodgson added.

Palace have only won once in the league so far this term, but they are priced at 2.40 to collect all three points at Selhurst Park on Saturday, while Everton are available at 3.10 and the draw is on offer at 3.25.