No distractions for Wilfred Zaha 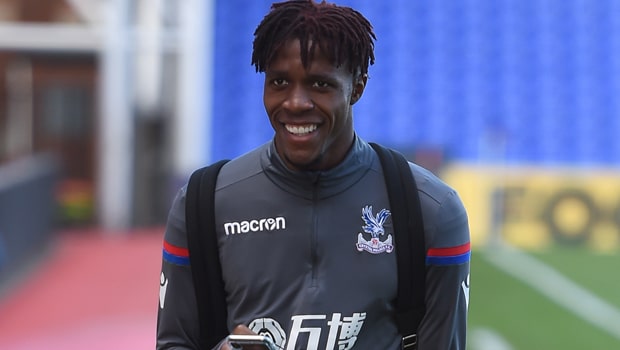 Wilfred Zaha has no distractions on his mind amid speculation he’ll leave Crystal Palace this summer.

The winger starred on Sunday as Palace stunned Arsenal with a 3-2 win at the Emirates Stadium that secured their own Premier League survival for another season.

Zaha was on the scoresheet either side of goals from Christian Benteke and James McArthur as Palace dented the Gunners top four hopes.

Roy Hodgson’s side are 24 points short of a top-four place and have not finished higher than 10th in the top division since they were third in 1991.

Zaha has recently suggested he feels he’s ‘missing out’ on Champions League football but he insisted after Sunday’s success that he’s happy.

“To be honest the only thing I’m thinking about is Palace. I’m a Palace player right now and I don’t know what the future holds for me,” Zaha said.

“I’m here at Palace, working for Palace. I’m not being distracted by anything else.”

After watching Zaha score his ninth goal of the season, Hodgson suggested the player looks content with his boyhood club. The adulation of the Palace fans is a lot to give up and Hodgson anticipates Zaha being around Selhurst Park for the long-term.

“He’s on a four-year contract, he’s one of our highest-paid players and he’s absolutely adored by the fans and everyone in south-east London,” Hodgson said.

“The bottom line is this: he’s our player, and he’s certainly happy. That wasn’t the performance of a guy looking to get away from his club.” Palace are 2.70 to defeat Everton on home soil next weekend.