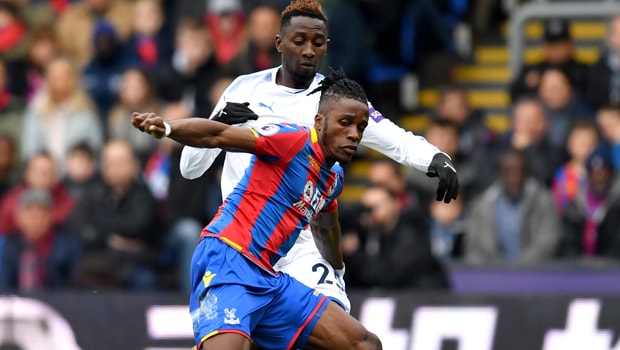 Crystal Palace defender Joel Ward admits he would love Wilfred Zaha to remain at Selhurst Park after reports claimed he could be leaving this summer.

Reports on Friday claimed the Ivory Coast international could be on his way to Tottenham, with Mauricio Pochettino yet to delve into the transfer market this summer.

Zaha was once again a key player in the Palace squad last season as he scored nine goals in 29 Premier League games to help them avoid relegation.

The Eagles managed to turn their season around under boss Roy Hodgson but that may come at a price with Zaha now linked with the exit door.

He scored in the 3-1 pre-season victory over Oxford United on Saturday and Ward admits Zaha is crucial to their plans going forward.

Ward told reporters: “We all know how important he is for us and we’d love to keep him and that’s what we need.

“We need Wilf to lead the line of attack and to show what he can do because he has done that time and time again for us and he’s a key part of this squad. “He’s a character, he’s a winner and he wants to succeed and he wants to win as does every single member of the squad.”

Palace have only signed goalkeeper Vicente Guaita so far this summer but Ward is also confident he will make a huge impact.

He added: ”He’s got a different mentality with getting the ball down but I think he’s settling in well and only time will tell but I’m fully confident he will come in and make a difference.”

Hodgson will be hoping both players will be starting their first game of the season against Fulham.