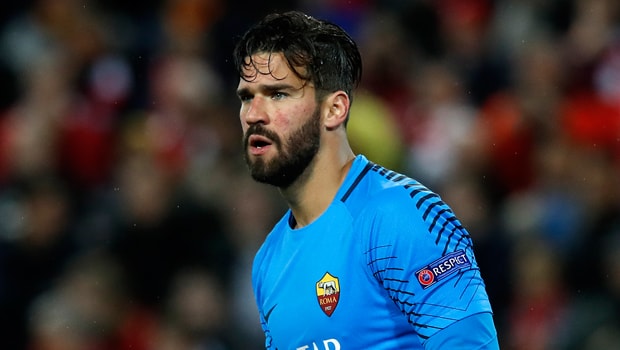 New Liverpool goalkeeper Alisson is confident he will be a hit in the Premier League after completing his £67million move from Roma this week.

The 25-year-old was linked with Chelsea earlier this summer but the Reds splashed the cash to land the Brazil number one.

Now that he has completed his move to Anfield, Alisson returned to his holidays after he played his part in Brazil’s World Cup campaign before they were knocked out by Belgium in the quarter-finals.

Former Roma goalkeeper coach Roberto Negrisolo has described Alisson as the “Messi of goalkeepers” and the Reds ace is confident he can live up to the hype.

“I look to work on all aspects of my game, always aiming for perfection,” said Alisson.

“I’m quick to come off my line. I’m agile despite being tall. I’ve got good agility and strength in my legs.

“With the ball at my feet, I like to get involved in the play. I think my style will fit in very well here.

“I only heard good things. If not the biggest, it’s one of the biggest leagues in the world. It’s very competitive and I find that exciting.”

Alisson has also revealed he asked Roberto Firmino about the club before making the switch to Merseyside.

The duo played at the World Cup together, while Manchester City star Ederson was also complimentary of the competition.

He will now be expected to start the club’s first league game against West Ham on August 12.