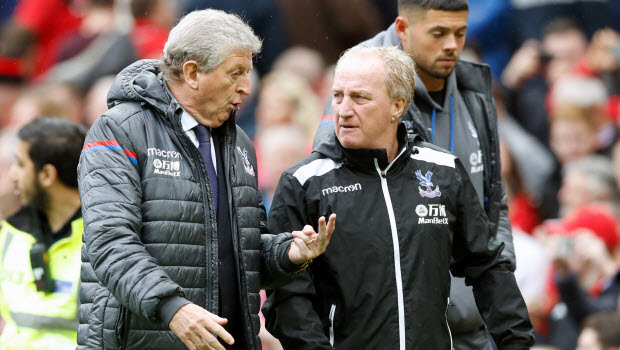 Roy Hodgson was full of praise for his Crystal Palace team after they deservedly downed champions Chelsea to get their first points of the season.

The Eagles ended a 731-minute goal drought and avoided making it eight straight defeats as they stunned Antonio Conte’s Blues at Selhurst Park.

A fortuitous own-goal from Cesar Azpilicueta gave Crystal Palace an early lead but some statuesque defending allowed Tiemoue Bakayoko to level before 20 minutes had elapsed.

To their credit, Palace were undeterred and the impressive Wilfried Zaha scored their winning goal on the stroke of half-time.

Chelsea were laboured after the break, rarely looking like getting back on terms, while Patrick Van Aanholt should have made things comfortable for Palace late on, as he fired wide from close range after Thibaut Courtois had spilled a long-range shot from Andros Townsend into his path. Hodgson said he enjoyed the overall performance given by his team and he insisted that both he and his players must take the chance to savour their breakthrough after some bruising setbacks recently.

“That was really enjoyable,” Hodgson said. “I have just said to the players that they really deserve to drink in that victory, because we played the champions of England but came off the field today having deserved our victory.

“In the past month we’ve taken some heavy defeats but even then there were moments that weren’t as bleak as maybe the scoreline looked.

“I don’t drink an awful lot these days. Red wine isn’t the best thing to drink if you want to keep your calories low, but I’ll enjoy a glass tonight because I enjoyed watching my boys play well and I’m proud of their performance.”

Crystal Palace are 3.80 to win again next weekend away at Newcastle. The home side are 2.00 for that game with the draw 3.50 at St James’ Park.