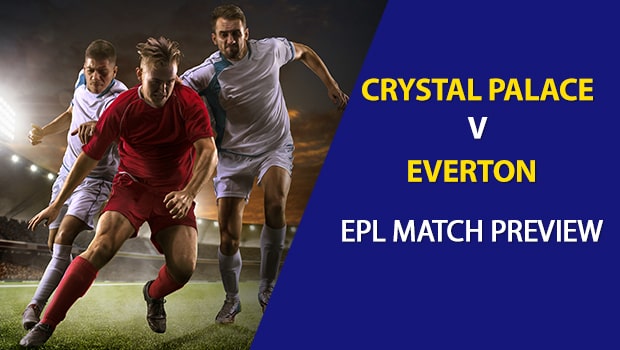 We’ve got a fun one this Saturday as Crystal Palace and Everton go head-to-head at Selhurst Park. Always interesting when AccuScore sim data and offshore picks are on opposite sides of the money line.

Draw: There’s a about an 30.5 percent chance this weekend’s match ends in a draw. That happens in 26 percent of AccuScore sims, suggesting no added value on the pick.

Trends: Everton had quite a strong finish to last season. They won five of their last eight, but more importantly, recorded six clean sheets in that span. Home victories against the likes of Chelsea and Arsenal pointed to a strong future for the squad. Will they come in to this season with that same level of momentum?

Head to Head: These two sides last met in Premier League action back in April 2019, finishing in a goalless draw.

For Crystal Palace, we’ll have our eyes on Michy Batshuayi. He has close to a 37 percent chance to score, averaging 2.25 shots overall per sim, 0.89 shots on goal per and 0.47 goals per sim.

There’s a 32 percent chance Crystal Palace win this match. They win 51 percent of AccuScore sims, suggesting quite a bit of side value on the pick.