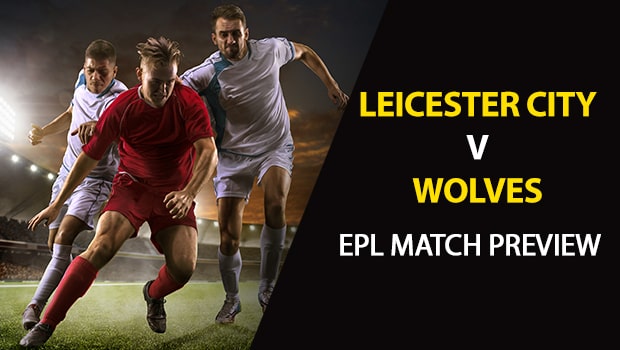 This weekend’s slate of Premier League action continues Sunday as Leicester City and Wolverhampton match up at King Power Stadium.

Draw: There’s a about an 30 percent chance this weekend’s match ends in a draw. That happens in 27 percent of AccuScore sims, suggesting no added value on the pick.

Last 6: Including recent friendlies and going back to last season, Leicester City have 4 wins, 1 draw and 1 loss. Leicester’s last outing was a 2-1 home friendly win vs Atalanta on Aug. 2. The Wolves also have 4 wins, 1 draw and 1 loss in their last six overall; their last match was a 4-1 road win vs Crusaders in Europa League qualifying rounds on Aug. 1.

Head to Head: These two sides last matched up in Premier League action back on Jan. 19, 2019 when Wolverhampton won, 4-3.

Patrick Cutrone has a 23 percent chance to net the ball for Wolverhampton. Cutrone averages 1.03 shots overall per sim, 0.42 shots on goal per and 0.27 goals per sim.

For Leicester City, we’ll have our eyes on Jamie Vardy. He has close to a 44 percent chance to score, averaging 2.23 shots overall per sim, 1.12 shots on goal per and 0.58 goals per sim.

There’s a 44 percent chance Leicester City win this matchup in regulation. That happens in 50 percent of simulations, suggesting some added confidence on the Foxes.