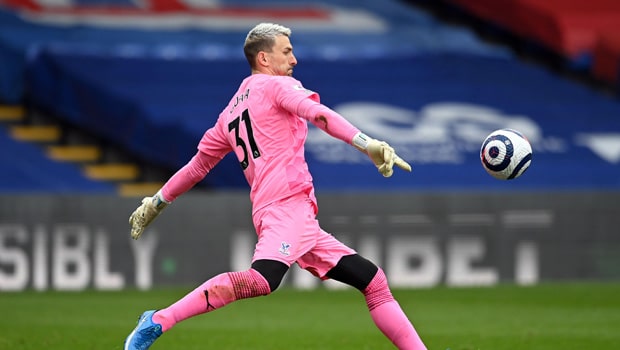 Crystal Palace and Fulham finished in a goalless draw Sunday at Selhurst Park as Fulham moved to within three points of safety while Palace remained 13th in the Premier League table.

Despite the lack of a result, in terms of a win for either side, Crystal Palace goalkeeper Vicente Guaita had quite the performance with four incredible saves from close range to make sure Palace didn’t fall behind. Heading into this weekend’s fixture, only three goalkeepers had registered more saves in their six previous Premier League matches; he continued that level of dominance Sunday.

Fulham did move a few points of safety with the draw, but were just inches away from three points added to their table total as they just couldn’t get past Guaita.

Both sides did make changes in the lineup ahead of kickoff. Palace saw Roy Hodgson insert Patrick van Aanholt and Christian Bentene for Tyrick Mitchell and Jean-Philippe Mateta. Fulham, similarly, made changes despite a win last weekend vs Sheffield United; Kenny Tene and Bobby Decordova-Reid got the green light in place of Antonee Robinson and Ivan Cavaleiro.

Fulham dominated possession, nearly 60-40, but Palace’s defense held their own.

“It was a very difficult game,” Crystal Palace manager Roy Hodgson said after the match. “We knew Fulham were in excellent form, we knew they had some excellent players so we knew there were times when perhaps we were going to have to dig in and defend very, very well and make certain our shape was very good at all times. We sealed off as many spaces as we possibly could hoping of course that the game would eventually open up, but it did not open up that way.”

“I see these players every day and I am confident in what I see,” Fulham manager Scott Parker added. “I see the attacking players coming in, trying to improve and get better.”