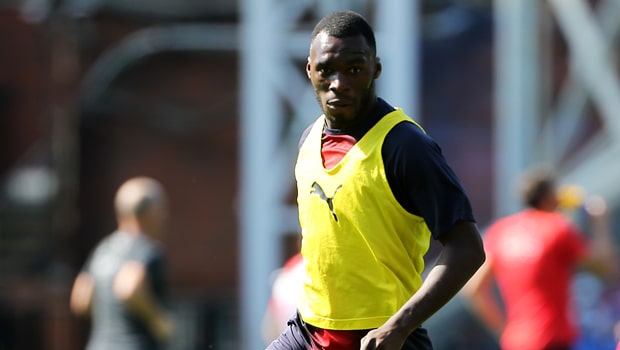 Crystal Palace have been dealt a blow as forward Christian Benteke has undergone surgery on a long-standing knee problem.

The Belgium international has been sidelined since the beginning of September with the injury and has missed Palace’s last five matches.

The Eagles have now confirmed in a statement on the club website that the problem has failed to improve and he has been forced to go under the knife although he is not expected to be out of action for a lengthy period of time.

“The club can confirm that Christian Benteke has undergone minor arthroscopic explorative surgery and washout of his knee, as it had not been settling with conservative management,” the club statement read.

“The surgeon was happy with the outcome and we expect Christian to return to training very soon. A further update will be given in a few weeks’ time.”

Palace have struggled for goals in Benteke’s absence as they have only found the back of the net five times in their eight Premier League matches to date this term, with struggling Huddersfield and Cardiff the only clubs to have scored less goals.

However, Benteke himself has hardly been prolific over recent seasons, netting just three times in 31 top-flight appearances last season.

Despite his lack of goals, Palace will still be desperate to get the 27-year-old back as quickly as possible, with Alexander Sorloth and Jordan Ayew currently the only fit strikers in Roy Hodgson’s squad.

Palace are next in action when they travel to Goodison Park to take on Everton after the international break and they are priced at 4.00 to secure all three points, while the Toffees are available at 1.95 and the draw is on offer at 3.50.