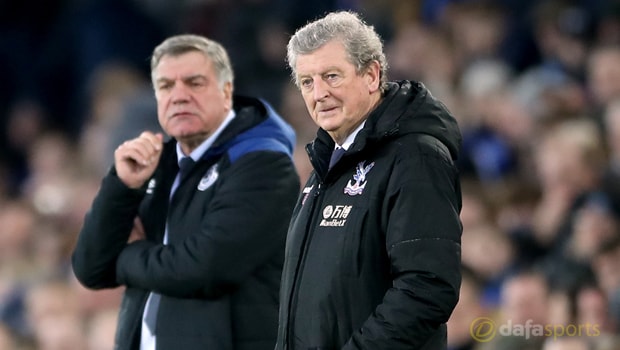 Crystal Palace coach Roy Hodgson admitted his team were punished for their mistakes at the back during their 3-1 defeat to Everton on Saturday.

The Eagles had been hoping to end a three-match winless run at Goodison Park but they dropped to 14th in the league table after the defeat.

Goals from Gylfi Sigurdsson, Oumar Niasse and Tom Davies in the second half put the game to bed, while midfielder Luka Milivojevic scored a late consolation from the penalty spot.

Striker Christian Benteke wasted a number of glorious opportunities with his head but Hodgson admits his team should have done better at the back.

He said: “It’s very frustrating because when we came in [at half-time] we were happy with how we’d played in the first half.

We had managed to keep Everton at bay, and we’d created one or two chances of our own.

“To go down to a deflected goal right at the start of the second half was very disappointing and very frustrating.

But I thought that even at 2-0 we came back and started to play some good football and weren’t totally out of it until the third goal.

“That was a poor goal to concede unfortunately, because at 2-0 a goal would’ve allowed us to exert some pressure towards the end of the game. But at 3-0, we weren’t going to have enough time to score the goals.”

Palace are now just two points above the relegation zone ahead of games against Tottenham, Manchester United and Chelsea.

Hodgson’s men do not play Spurs until February 26 and they are priced at 6.00 to win.

The draw is 4.50, while Spurs are 1.53 favourites after their victory over Arsenal.