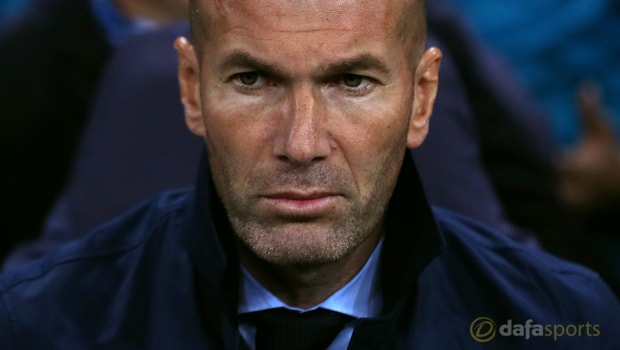 Real Madrid boss Zinedine Zidane believes his side are now fully prepared for their Champions League match with Paris Saint-Germain after their 5-2 demolition of Real Sociedad.

The Spanish giants won their third game in five matches to move up to third in the La Liga table.

They remain 16 points behind league leaders Barcelona but Zidane’s men will now go into their Champions League clash with confidence.

Ronaldo has now amassed 23 goals this season and Zidane insists his squad are ready for the first leg of their last-16 tie with PSG on Wednesday.

Zidane told his club’s official website: “We played the whole first part with intensity, determination and desire, and we got a good result at the break.

“They have been 45 minutes of great level, good game and chances and goals. We are satisfied. In this way we prepare (for) Wednesday’s match very well.

“Now it’s time to rest well and, starting tomorrow, think about the Champions League. We are all ready for Wednesday and that is the most important thing.

“It’s going to be another match, in another competition and another extra motivation. We will be very motivated.”

Despite their inconsistent league form, Madrid are still considered one of the favourites for the Champions League and they are available at odds of 9.00 to go all the way.