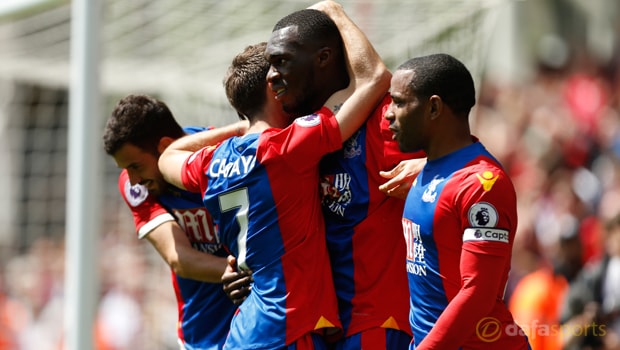 Crystal Palace forward Christian Benteke insists he was surprised by Sam Allardyce’s departure but he is still happy at Selhurst Park.

The former England manager worked his magic once again last season as he arrived at the club and steered them away from relegation.

Just like he did at Sunderland, Allardyce managed to get the best out of his players in order to help them avoid the drop.

Palace eventually finished 14th in the Premier League table but Allardyce confirmed his decision to retire from football last month.

He cited family and health reasons and the club are now on the lookout for a new manager.

Benteke’s 15 league goals helped the club survive and reports suggested he was looking at other options but the Belgium international is adamant he remains committed to the Eagles.

He told Sky Sports News HQ: “It was a surprise for me. I was on holiday when I heard. He’s a big man, he knows what he’s doing.

“I’m still happy because I am playing the way I want to play and the last few weeks the team did well.”

Like Benteke, on-loan defender Mamadou Sakho has been linked with a move away, with Palace chairman admitting the £30million valuation is too high.

Ahead of a busy summer, Beneteke admits he has tried to tempt the centre-back to stay as they try to help Palace avoid relegation.

“Yes, I tried. I tried to convince him to stay,” he added. “But at the end of the day, it’s up to him. He knows what he needs and what he wants to do.

“Obviously it won’t be easy because of the demand, but we’ll see. Hopefully, he’s going to stay.”

Despite their upturn in form last season, Palace are priced at 5.50 to go down next year.