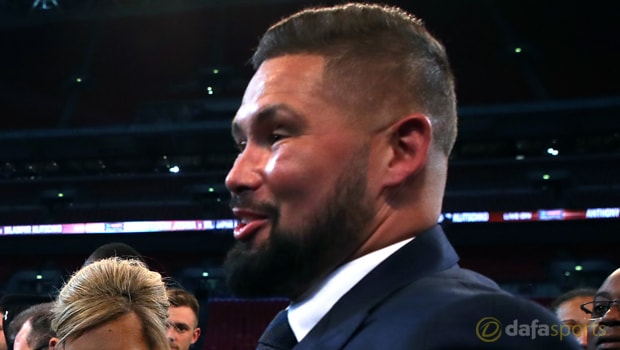 Liverpool fighter Tony Bellew has admitted he would rather take on WBO heavyweight champion Joseph Parker than have a rematch with former foe David Haye.

The former WBC cruiserweight world champion shocked the heavyweight division in March when he won on his debut against Haye.

Bellew went into the bout as the underdog but he showed his superior boxing skills and eventually stopped Haye in the 11th round at the 02 Arena in London.

Since the fight, Haye has split with his trainer Shane McGuigan and had surgery on his Achilles but he is looking for a rematch in the coming months.

Bellew has had to recover from a broken hand but he is now expecting to return before the end of 2017.

When asked about his next opponent, he admits WBC champion Deontay Wilder is also on his radar but Parker is top of his list at the moment.

He told Sky Sports: “Before the year is out, I’ll be back in November or December. “It’s him or Parker.

Wilder is still out there and I’ve put out a tweet to put him straight after that video that I’ve seen him do.

“There is unfinished business with Haye, but in all honesty, I love the thought of becoming heavyweight champion of the world, so my preference will be Parker.”

Parker does have to have face mandatory challenger Hughie Fury in the near future but that fight could be delayed, allowing Bellew to grab his chance.