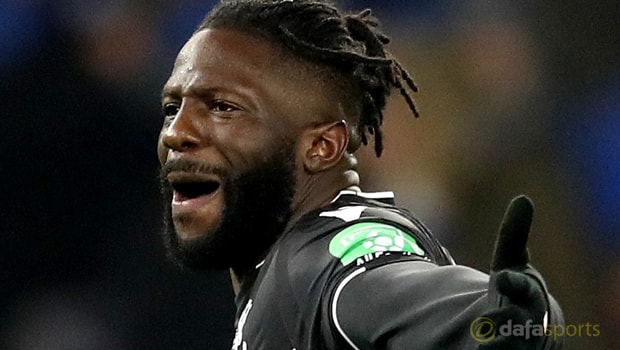 Crystal Palace striker Bakary Sako insists he is hoping to stay with the club despite the fact his contract is still set to expire in the summer.

The Mali international was expected to leave at the end of the season after failing to impress since his free transfer move in the summer of 2015.

He scored 36 goals in 118 appearances for Wolves before moving to Selhurst Park but his record for the Eagles does not make for pretty reading.

The 29-year-old has scored four goals in 40 appearances at Palace but he has found a new lease of life under manager Roy Hodgson.

Sako now seems to have moved on from a number of injuries and he has found his best form under the former England manager.

He might now be playing for a new contract in the coming months and Sako insists he wants to stay put. “Yes, of course.

Of course, of course,” said Sako told the Croydon Advertiser when asked if he wanted to stay.

“I am just enjoying my football at the moment, so I am not really focused on my contract situation “It’s not about my personal situation, I just want to help the team and we’ll see at the end of the season.

“Fingers crossed I am injury-free now and I am enjoying my football. I have had to recovery properly after training and matches, to do things right.

“I was doing that before but I was just unlucky. I don’t know why I was getting injured but now I am really happy.”

Sako will be hoping to play his part against Burnley this weekend and he is priced 3.10 to score anytime on Saturday.