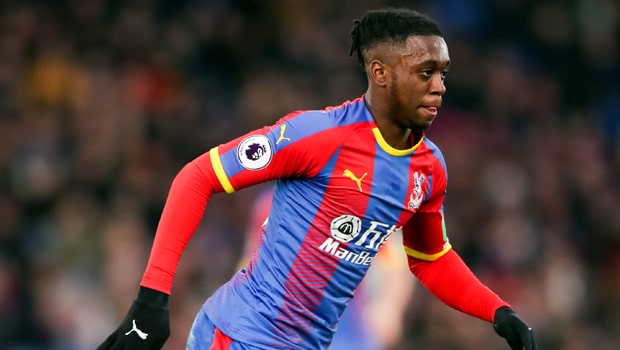 Speculation about a possible move to Manchester United is ‘bound’ to turn the head of Crystal Palace defender Aaron Wan-Bissaka, according to England Under-21s boss Aidy Boothroyd.

Wan-Bissaka is currently at the European Under-21 Championship and scored an own goal in England’s 2-1 loss to France this week. The right-back was among the most impressive in the Premier League last term for the Eagles and has been touted for a £50m summer move to Old Trafford as a result.

Whilst nothing official has emerged, reports suggest talks are ongoing between the Red Devils and Palace. Given that his entire career has been based at the Selhurst Park club, Boothroyd feels it would be only natural for the speculation to have an effect on Wan-Bissaka.

“When that speculation is flying around it is bound to turn your head,” said Boothroyd.

“For a young player – all he knows is Crystal Palace academy and Crystal Palace – it would be daft not to say that in some way he must think about it. “What I will say is, because he doesn’t say too much, you don’t get to find out too much. He keeps things to himself and is a very private guy.”

England take on Group C leaders Romania in Cesena, Italy, on Friday in their second match at the tournament, before playing Croatia in San Marino on June 24. Having led France, Boothroyd’s side conceded two late goals to lose their opener and the manager knows their margin for error is now gone.

“If we’re going to get out the group, we need to get maximum points [from the two games remaining],” he said. “We’re all very disappointed [after the France game] but we have no time for sulking. If you don’t take your chances and stop your opponent, you put yourself in a vulnerable position.”