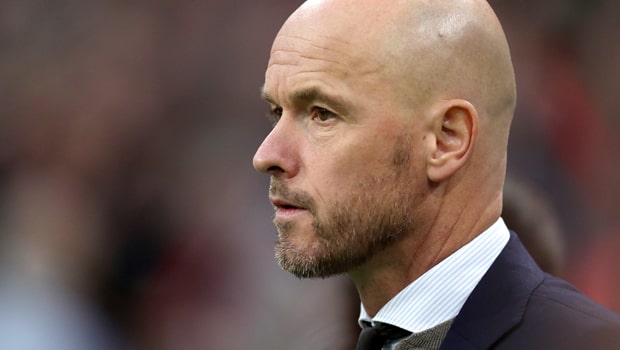 Ajax manager Erik ten Hag has put pen to paper on a new deal that ties him to the Eredivisie champions for another three years.

After leading the club to a Dutch league and cup double, plus the Champions League semi-finals, the sought-after coach has been rewarded with a new deal.

Ten Hag, appointed in December 2017, secured Ajax’s first Eredivisie title since 2014 in his debut full season at the Amsterdam Arena.

They made waves in the Champions League too, dumping out three-time defending champions Real Madrid and Juventus, before succumbing to Tottenham Hotspur in the last four when they let slip a 2-0 advantage during the final 30 minutes of the second leg in Amsterdam.

The 49-year-old was touted for a number of jobs across Europe this summer after Ajax showed their quality against Europe’s best, becoming the first side to reach a Champions League semi-final after having to come through summer qualifying to enter the group phase.

Repeating their heroics won’t be easy, admits ten Hag, but that must now be their goal. “We have had a fantastic year and now want to expand on this,” Ten Hag said.

“The results we have achieved so far have been fantastic. It will be a hell of a job to repeat that. But we will set our goals again and go for results again.”

Marc Overmars, Ajax’s director of football affairs, is content that the club now has stability on which to try and build on the success of last season having tied down their coach.

“I think it is good for Ajax that the manager will be here in the years to come after such a successful season. We want to continue building,” said the former winger. Ajax are 41.00 to win the Champions League next season.