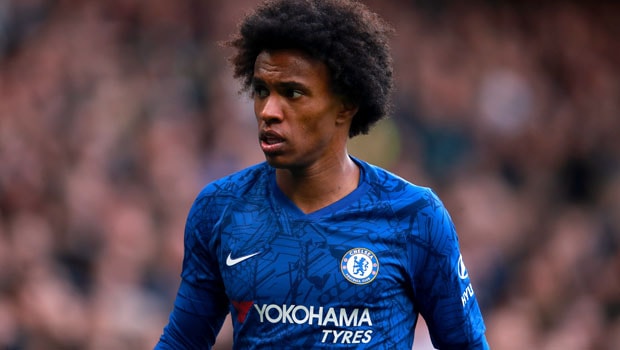 The Brazilian moved to the Blues from Russian side Anzhi Makhachkala in the summer of 2013, and the 31-year-old has revealed that having spent seven years with the Londoners, it’s unlikely he signs a contract extension.

Willian was insisting on a three-year extension, but Frank Lampard’s team was only offering the Brazilian, who will run out of contract in June, a two-year extension.

Barcelona had sought after Willian in 2018, but Chelsea rejected with the player ready to see the season through till the end stating he had built something fantastic at the Stamford Bridge.

He also stated his fondness for the fans of the blues as well as the staff who have made him feel settled. His contract expiration is not a secret to anyone at the club, but he says securing an extension has been difficult as the team is offering him a 2-year contract contract to the 3-year contract he wants.

However, despite the stall in negotiations, the player hasn’t given up on renewal, hoping that anything can still happen.

The player has seven goals for Frank Lampard’s team this season in all competitions.

“There were no more talks or negotiations. Chelsea said that three years would be impossible, so at the moment it seems unlikely that I’ll extend, but nothing is impossible.

Nevertheless, Willian has stated his desire to remain in Europe even if he leaves Chelsea rather than moving to China or the Major League Soccer in the US.

The player is not short of suitors in Europe as Barcelona, Arsenal, Tottenham and Juventus are all monitoring the situation.