Tuchel: Getting a result at Bernabeu will be challenging 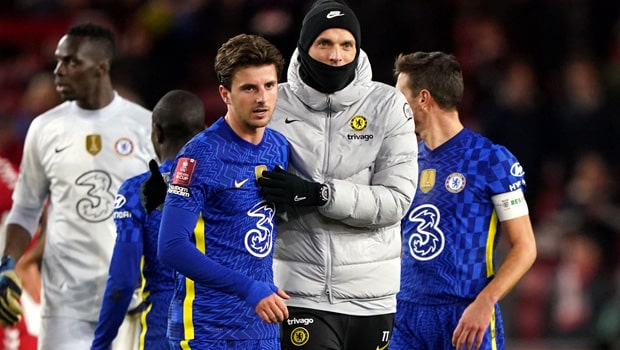 Chelsea manager Thomas Tuchel has revealed that beating Real Madrid at the Bernabeu to stand a chance to move into the semifinals of the UEFA Champions League is one of the biggest challenges to perform.

Chelsea lost 3-1 at Stamford Bridge last week, needing to win by a two-goal margin to force extra time or win by three goals. The Blues went into the weekend thrashing Southampton 6-0, but Tuchel believes scoring two or more goals at the Bernabeu.

“It is one of the biggest challenges to perform away at the Bernabeu. It is even more difficult if you have to earn a certain result if you need to win with a minimum of two goals or better or maybe a three-goal difference. That makes it almost impossible and very, very difficult, but still, it is worth trying. We need nothing else than a fantastic script that we want to be able to overcome this.” Tuchel said.

Chelsea’s 6-0 win at the weekend saw Mason Mount and Timo Werner score a brace each, while Kai Havertz and Marcos Alonso both scored a goal each.

Karim Benzema scored a brilliant hattrick in the first leg with two in the first half and another via the errors of Eduoard Mendy.

Meanwhile, Real Madrid beat Getafe in the La Liga 2-0 through goals from Casemiro and Lucas Vasquez. The Los Blancos don’t have injury worries, but Chelsea will be without Belgian strike Romelu Lukaku.

In another UEFA Champions League game on Tuesday, Bayern Munich will face Villarreal. The Bavarians lost to Villarreal 1-0 at the Estadio De La Ceramica.

On Wednesday, Manchester City will face Atletico Madrid in Spain after a 1-0 win at Etihad, while Liverpool will face Benfica in Anfield after a 3-1 win in Portugal.