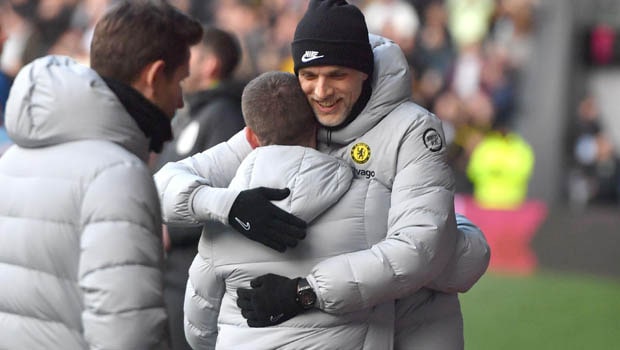 Chelsea manager Thomas Tuchel has confirmed his staying till the end of the season despite the crisis that the Blues has been facing lately.

According to the manager, he and the players have the responsibility to keep fighting for Chelsea till the end of the season.

Chelsea owner, Roman Abramovich was initially sanctioned before subsequently getting disqualified from being the owner of the club at the weekend. These developments have left confusion and doubts over the future of the club by fans and also the handler of the female team.

However, Thomas Tuchel took his time after the 1-0 win over Newcastle on Sunday evening to discuss his plans.

“There’s no doubt I stay until the end of the season. We just have to wait day by day because everything can change. This result has a huge impact on us, to give this pleasure to our fans means a lot. It changes everything. Hundreds of people in this club are not so privileged, maybe face a more existential threat, and are more worried about their future than us.” Tuchel said.

He also stated that the reality of the situation means the team has the responsibility to fight for those whose futures are threatened, keep their heads up high, and not give in.

Meanwhile, the win did not come easy for the Blues, who had to wait till the final minute of the game to get the winner through Kai Havertz.

The Gunners beat Leicester City 2-0 on Sunday with goals from Thomas Partey and Alexander Lacazzette to return to Top Four ahead of Manchester United, who needed a Cristiano Ronaldo’s hattrick to beat Tottenham 3-2 on Saturday.

Manchester City will play Crystal Palace on Monday evening in the last match of Round 29.