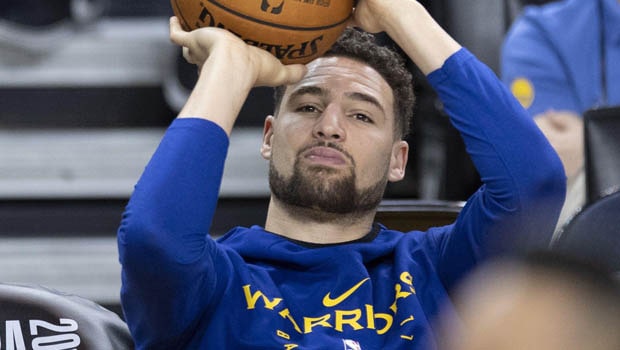 Klay Thompson came up with a season-best performance of 38 points as Golden State Warriors defeated reigning champions, Milwaukee Bucks, by 122-10 on Saturday night. This was Thompson’s second 30-point performance of this season after returning from a knee injury following 941 days hiatus.

This is Dubs’ third consecutive win after losing their last five matches on the trot. In fact, the Bucks had won six matches in a row before GSW ended their winning streak.

Thompson was at his absolute best as he scored eight three-pointers and shot 15-24 from the field. Furthermore, he scored six rebounds and five dimes. Jordan Poole also supported Thompson as he dropped 30 points. Furthermore, Andrew Wiggins added 21 points, six rebounds, and four assists for the Warriors.

“I’m sure it’s a relief,” coach Steve Kerr said on Thompson’s rendition. “He’s so hard on himself and wants so badly to succeed.”

On the other hand, GSW talisman Steph Curry had a quiet night as he scored eight points after he attempted only seven shots.

On the other hand, Giannis Antetokounmpo scored 31 points for the Bucks. But they had a tough night as DeAndre’ Bembry suffered a knee injury in the third quarter and limped off the court.

“We just need to wait and see what that looks like,” coach Mike Budenholzer said. “… It felt like tonight was one of those nights where Klay was going to make some shots that were tough, that were well-defended. His offense and his shooting were just better than what we could defend. Credit to him. He had a great night.”