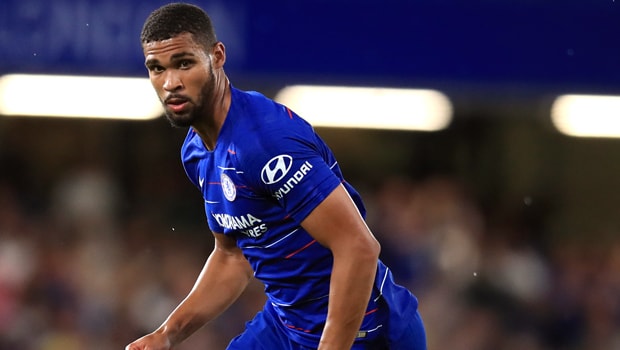 Ruben Loftus-Cheek says he is hoping to thrive in the attacking-midfielder position this season if given the opportunity to do so by new Chelsea manager Maurizio Sarri.

Loftus-Cheek came of age on loan at Crystal Palace last season and his impressive performances earned him a place in England’s 2018 World Cup squad, where he made four appearances in Russia as the Three Lions finished fourth.

With so much uncertainty over the managerial situation at the Blues this summer, it was thought the Eagles would pursue a permanent move for the 22-year-old midfielder.

However, former Napoli boss Sarri has been handed the reins at Stamford Bridge after Antonio Conte was sacked and the new man in charge is said to be an admirer of the Lewisham-born star.

Loftus-Cheek was brought on for Ross Barkley as a second-half substitute in Saturday’s 3-0 victory at Huddersfield Town and the former is hoping to make this position his own.

“I’ve played in a few positions, mostly on the left of midfield [at Palace] last season,” he told the club’s official website.

“Playing in a 4-3-3 in an attacking midfield position is kind of my position really, my suited position, so hopefully I can bring my best football to the team.

“The boys are working really hard trying to understand how the boss wants us to play, on and off the ball, and it will only get better.”

Chelsea are back in action on Sunday when they welcome Arsenal to Stamford Bridge and the hosts are 1.83 favourites to win, a draw is priced at 3.80 whilst the Gunners are the 4.20 outsiders.