Posted by OLADIPUPO MOJEED on October 1, 2020 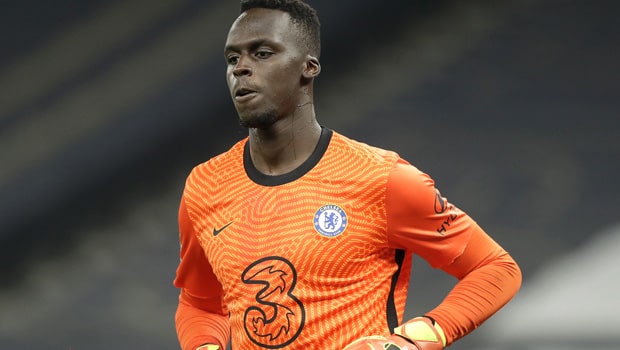 After selling Edouard Mendy to Chelsea for 22m Pounds, France Ligue 1 side, Stade Rennais have announced the signing of Alfred Gomis as his replacement.

Gomis, a Senegal international, arrives at the club on a five-year deal from Dijon FCO.

The 27-year-old was born in Ziguinchor, Senegal, and arrived in Italy with his family at the age of three. He rose to the top rank through the Torino FC youth academy before moving to Serie B.

Gomis, who was part of SPAL squad in the Serie A in 2017, was brought to France by Dijon from Italy for €1m last year due to his impressive performances.

Speaking to the club’s website after signing a 5-year contract, Gomis said he spoke with his predecessor, Mendy, who he described as a very good guy. According to him, the Chelsea goalie told him about the great atmosphere in the locker room, adding that they work hard during the week, and it is usually fun on the weekends.

The Brittany club’s latest signing said he couldn’t wait to share some good memories with his new teammates and the fans.

Gomis has a similar profile with Mendy in terms of their imposing physiques. Although Gomis stands at 1.96m tall, two-meter taller than Mendy, their behaviour on and off the pitch seemed similar. His former teammate, Nayef Aguerd, who now plies his trade with the club, is expected to help him adapt quickly to his new environment.

Aguerd, who joined the club in August, has settled down quickly distinguished himself early on in the season. The Moroccan defender has turned in some remarkable performances, scoring two goals in five games.

Rennes had to sign Gomis, owing to their schedule. They will be playing in this year’s UEFA Champions League and will need to have enough backup. Romain Salin, Mendy’s understudy, has been performing well in between the sticks on interim base.

Making their debut in the European clubs’ tournament, Rennes wants to have enough players to rotate with the congested schedule they will be facing.