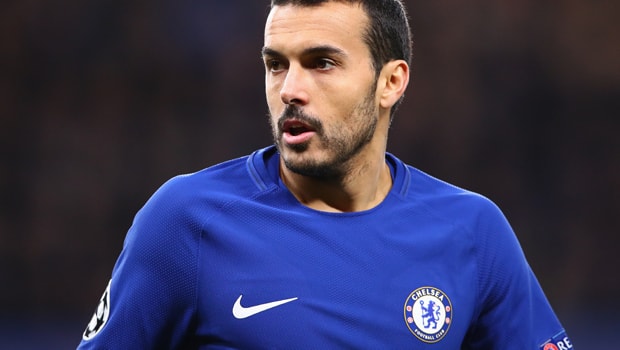 Pedro is targeting more silverware with Chelsea after signing a one-year contract extension to keep him at Stamford Bridge until the summer of 2020.

The Spanish international joined the Blues from Barcelona in 2015 and, so far has scored 28 goals in 131 appearances for the club.

He was instrumental in the team winning the Premier League title in 2017 and in their FA Cup winning run last term.

He has also been impressive so far this pre-season, scoring against both Perth Glory and Inter Milan as the squad prepares for the new campaign under a new boss, Maurizio Sarri having taken over from Antonio Conte in the summer.

Pedro told the club’s website, on news of his contract extension: “It is very good for me, I am really happy here in the club, with my team-mates, the supporters and the club in general.

“It’s important for me to continue with Chelsea, I am comfortable here and want to win new titles and trophies. I want to help the team, score goals, and I repeat, I am really happy.”

As FA Cup winners last season, Chelsea continue preparations for the new season with the Community Shield at Wembley on Sunday against the Premier League champions Manchester City.

They then play Lyon in a final pre-season game on Tuesday before starting the new league season away to Huddersfield Town next Saturday.