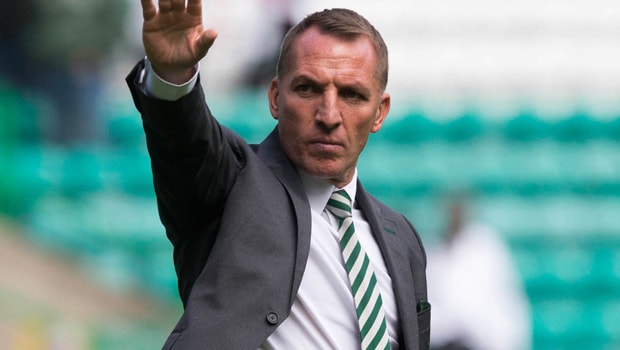 Celtic manager Brendan Rodgers says he is confident the squad will be strengthened in the coming days and is content to wait for new signings.

The squad, which dominated Scottish football last season, has only seen one new arrival so far this summer, Odsonne Edouard signing on a permanent deal from Paris St-Germain after being on loan at Celtic Park last year.

Celtic’s season started early, they have already beaten Alashkert FC and Rosenborg to reach the third round of qualifying in the Champions League where they will play AEK Athens.

However, injuries have already started to affect the squad with Jozo Simunovic, Dedryck Boyata, Mikael Lustig, Moussa Dembele and Leigh Griffiths all forced to miss the second leg against Rosenborg.

The defending champions get the new SPL season underway this weekend with a home game against Livingston and Rodgers says he is sure new signings will come in due course, though he is only interested in those who will add quality to the squad.

He said: “There is some work going on behind the scenes but there is nothing to give any clarity on anyone coming in.

Celtic have seen Stuart Armstrong depart for Southampton and have attempted to bring in Hibs midfielder John McGinn but Rodgers stressed that it takes time and patience to add to a squad that dominated Scottish football last season, winning the SPL, the Scottish Cup and the Scottish League Cup.

Celtic are 1.13 to beat Livingston on Saturday with the visitors 26.00 and the draw 9.00. The Bhoys are strong favourites at 1.10 to win the title again this season.