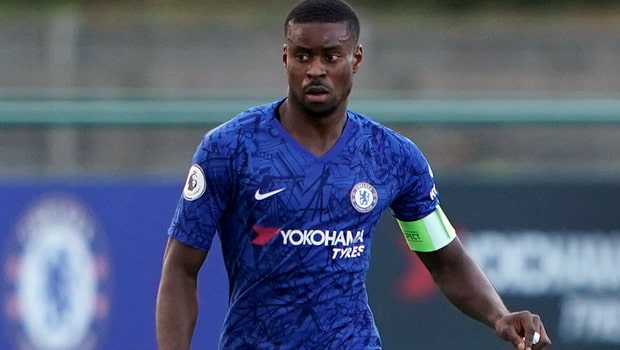 Norwich City will have to fight off competition from fellow English
Premier League Side Southampton as well as championship teams, Swansea, Nottingham Forest and Bristol City for the signing of Chelsea’s teenager Marc Guehi.

The Ivorian Born defender has featured in the U21 team of England
alongside Canaries trio of Ben Godfrey, Todd Cantwell and Max Aarons where he made six appearances completing all ninety minutes in the Young Lions’ matches so far.

Although Guehi was given a new long term contract in September, it is understood that player wishes to gather more experience on loan despite the fact that he was a part of the England U17 team that lifted the FIFA U17 World Cup in India in 2017. He was also involved in the England U17 team’s runners up finish at the European U17 championships in 2017 as well.

With Chelsea, he won FA Youth Cup, U18 Premier League in 2017 & 2018 respectively as well as losing the UEFA Youth League final to Spanish Clubside Fc Barcelona in a 3-0 loss in 2018. He has also debuted for the Blues this season in the league cup against Grimsby which Chelsea won 7-1 and against Manchester United in a 2-1 loss.

Should a move to Norwich work out in the January transfer window, it will be of great advantage to Daniel Farke’s side as they would be without Ben Godfrey due to injury until February after suffering a knee injury leaving the Canaries with Christoph Zimmermann and Grant Hanley as the available centre backs.

However, they would hope he doesn’t choose to move to Wales at Swansea City to reunite with Steve Cooper who he won the FIFA U17 World Cup under two years ago.

Norwich are in 19th after they lost to Wolves 2-1 on Saturday at Carrow Road in the English Premier League.

Norwich will face Aston Villa on Thursday. They are backed at 3.39, while Villa are fancied at 2.10.