N’Golo Kante has ‘improved’ at Chelsea 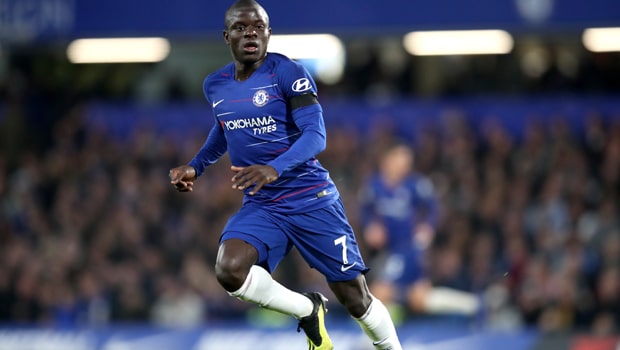 N’Golo Kante says he has improved during his time at Chelsea and had no doubts about signing a new contract to stay at Stamford Bridge.

The midfielder, who joined from Leicester in 2016, has put pen to paper on a new five-year deal which will keep him with the club until 2023.

The Frenchman, who was part of his country’s successful World Cup campaign in Russia last summer, won the Premier League title in successive years, with Leicester in 2016 and Chelsea the year after.

Last year was a relative disappointment for Chelsea, missing out on a top-four place and with it Champions League football. However, under new boss Maurizio Sarri they are revitalised this campaign and unbeaten in the Premier League, although third in the table behind Liverpool and Manchester City who are also yet to lose a match.

Kante has so far made 81 Premier League games for Chelsea, scoring three goals and says he was delighted to commit to staying with the west London club.

He told the club’s official website: “I’m happy to extend my time with Chelsea, it has been two beautiful years and I wish for more to come.

“Since I came, I completely improved as a player, challenged myself and got some awards I never thought about. I like the city, I like the club and I am happy to be here for more time.”

Following the international break, Chelsea are back in action this weekend with a London derby, making the short journey to Wembley to take on Tottenham Hotspur who are fourth in the table and would overtake the Blues with victory.